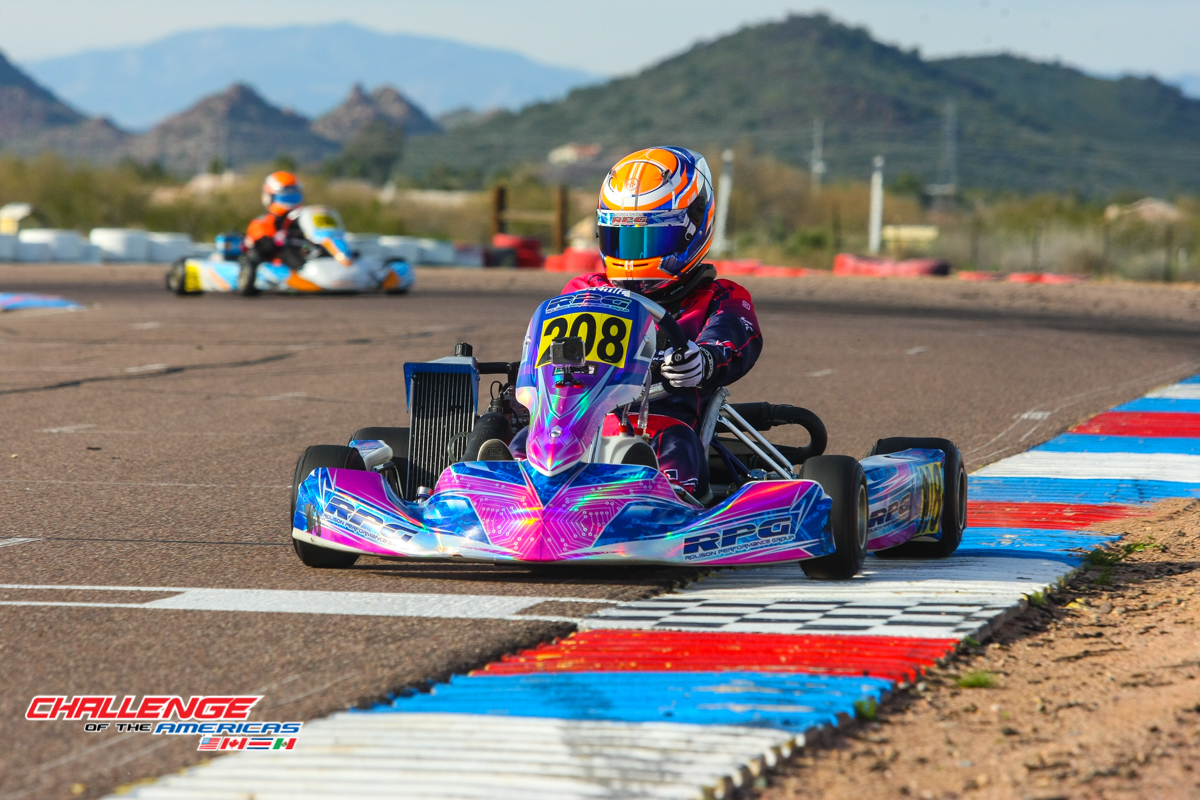 RPG driver Hannah Greenemeier on track in Phoenix. She will be battling for the Junior Max championship in Sonoma this weekend.

April 6, 2017 – The Rolison Performance Group team heads to sunny California for the final rounds of the Rotax Challenge of the Americas in Sonoma, CA. Going into the final round fresh off a successful month of racing and earning third-place in the Florida Winter Tour ROK Cup championship, the team travels down the west coast to contend for three series championships. With rain in the forecast, anything can happen the championship battles.

Billy Cleavelin enters the final rounds of the series as the championship points leader in the Masters Max category. Cleavelin has won every round of the series so far, and is looking to take the win both days in Sonoma, along with the championship title, to make it a clean sweep. Paul Holbein will be joining the RPG crew for his first race in the series this season, hoping to come away with a solid result in Masters Max.

The Senior Max field will see three RPG drivers hit the track in Sonoma: Kellen Ritter, Matthew Taskinen, and Jacob Gulick. All three drivers will be racing for a shot at the championship. Ritter was the round one winner in Tucson back in January, and landed himself on the podium both days in Phoenix. Due to a DNF in one of the rounds, he now sits fifth in the points battle, but with one drop, he is well within reach of taking the championship. Taskinen sits third in the point standings in his rookie season in senior. He has been a front-runner all season, earning his first senior win in Tucson and two strong finishes in Phoenix. Gulick, also a rookie to the senior field, comes into the event fourth in the championship after running consistent all season. He will not only be fighting for a shot at the championship, but for his first win in senior as well.