ROLISON PERFORMANCE GROUP GEARS UP FOR SUPERKARTS! USA SUPERNATIONALS 21
“Oregon-based team brings drivers from around the world to Vegas event” 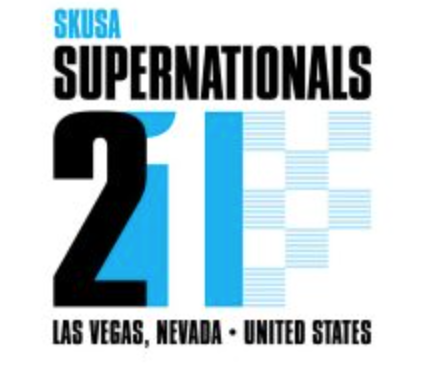 November 13, 2017– Rolison Performance Group (RPG) heads to Sin City for the SuperKarts! USA (SKUSA) SuperNationals 21, November 16-19th, in Las Vegas, NV. The team brings together drivers from six different countries with their customer-tailored driver program. With drivers in a variety of classes, RPG’s in-depth data analysis and driver coaching with specific focus on individual drivers’ needs, along with karting-expert staff members Louie Pagano, Wes Boswell, Alex Vincent, Mike Beeny, and Mike Rolison, the team is expected to produce unrivaled results at the largest, most exciting karting event of the year.

12 drivers will hit the track in the X30 Senior category. Matthew Taskinen, Cedrik Lupien, Samuel Lupien, Kellen Ritter, and Logan Cusson will all travel from Canada to compete on the Las Vegas circuit. Ritter and Cusson come into the event with positive experiences on Team Canada at the Rotax Grand Finals in Portugal under their belts. Reece Cohen of JC Kart, and Ashleigh Stewart of Tom Williamson Motorsports will both travel from Australia to battle in the international event. Americans Jacob Gulick and Emma Delattre will return to the RPG team after strong runs on the Pro Tour circuit. Brazilians Victor Schoma and Gabriel Morlo, along with Brazilian pilot Vinicius Ponce of D Racing, will also join the team for the event.

In X30 Junior, six drivers will throw their hats into the mix in the highly competitive field. Taylah Agius of JC Kart, along with fellow countrymen Broc Feeny and Jac Preston of Tom Williamson Motorsports, will all make the trek from Australia to the Vegas showdown. Feeny and Preston come into SuperNats after strong showings at the Rotax Grand Finals in Portugal, looking to keep their momentum going to finish out the season. New to the team, Roman Stanek of the Czech Republic will join RPG for the prestigious race. Stanek scored the victory in OK Junior at the WSK Final Cup at Adria Karting Raceway in Italy last weekend, and is looking forward to another stellar performance on the Vegas circuit. Alexis Apodaca of the USA will return after a solid running with the team at the SKUSA Streets of Lancaster event.

Victor Jiminez (Mexico) will join the team in Vegas, competing in the S4 Masters category. Kyle Wick (USA) will make his debut in S1. Wick ran the Pro Tour circuit this season, earning two wins and the vice championship in S2, now making his move up to the Pro class.

In Mini Swift, Guilherme Figueirdo of D Racing, as well as Brazilian Matheus Ferreira, are set to do battle in the competitive cadet field. American Biggs Tiner was set to race in Mini Swift, but an unfortunate crash last weekend that resulted in a fractured elbow will not allow him to compete at the event. RPG wishes him a fast recovery and looks forward to seeing him in 2018. Three X30 Masters drivers, Paulo Lopes of Brazil, along with Americans Justin Peck and John Robicheaux, will fly the RPG flag at the SuperNats event.

SuperNationals 21 kicks off on Wednesday, November 15th with official practice, followed by qualifying sessions on Thursday, and racing commencing on Friday. Follow RPG’s success this weekend at the SKUSA SuperNationals 21 by following us on Facebook: https://www.facebook.com/RolisonPerformanceGroup/, Instagram: @rolisonpg, and Twitter: @rolison_pg.