“Five wins and ten podiums for the Oregon-based team” 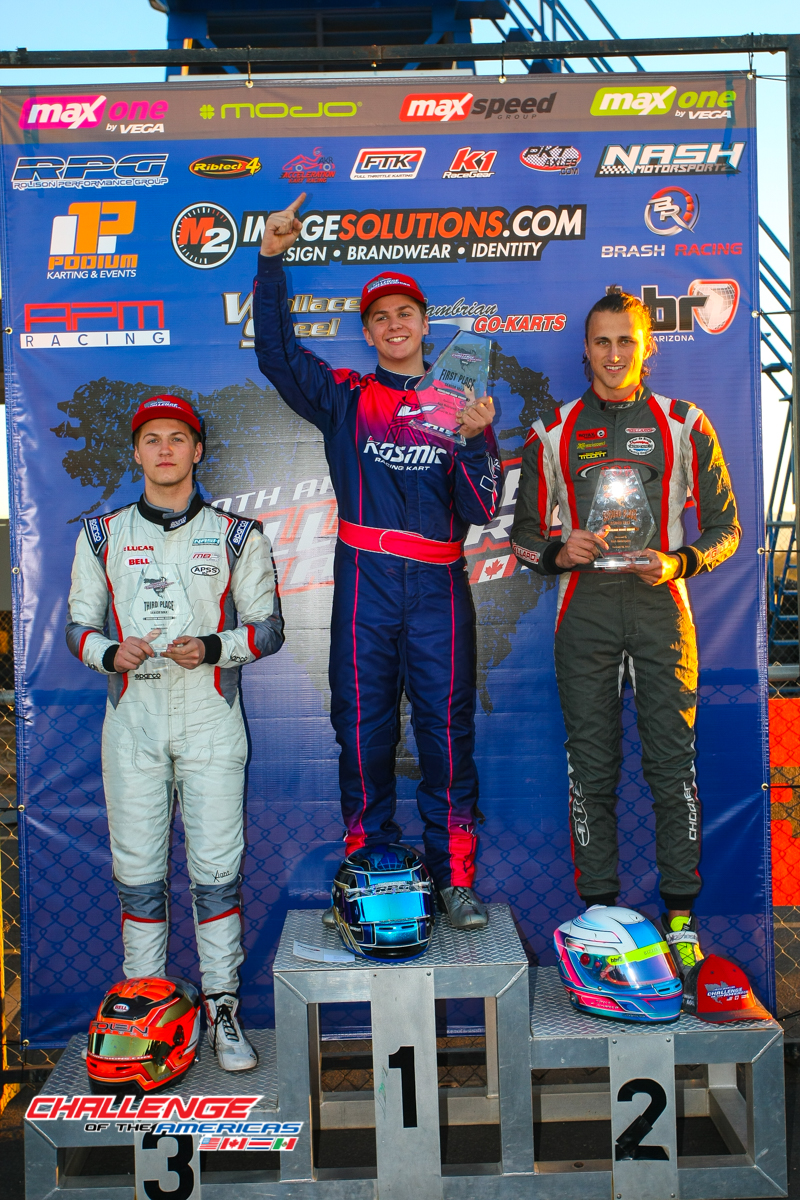 February 7, 2017- The Rolison Performance Group team has wrapped up their first month of racing in 2017. The team spent three weeks on the road, starting on the East coast for the Florida Winter Tour ROK Cup and Rotax weekends in Homestead, Florida, and ending on the West coast at the Rotax Challenge of the Americas in Tucson, Arizona. The RPG drivers came into the new season stronger than ever, securing five wins and ten podium appearances throughout the three events.

The season kicked off at round one of the Florida Winter Tour ROK Cup. Brazilian driver Arthur Leist made his debut in the Senior category, running in the top five the entire event. In Sunday’s final, he stayed consistent the entire race and brought home a second place finish. Fellow Brazilian Gabriel Paturle ran strong all weekend, earning a fourth place finish in the Senior ROK final. Victor Schoma was a consistent top-10 contender all weekend in the competitive ROK Junior class. After an unfortunate DNF in the pre-final, Schoma started the final in the rear of the field. When the green flag dropped, he put his head down and drove, gaining 23 positions and finishing in the 13th spot, an incredible drive for the junior driver.

The team hit the track in Homestead once again for round one of the Florida Winter Tour Rotax Challenge. Arthur Leist proved to be a top contender for a second weekend in a row, this time in Senior Max. He showed speed and consistency the entire weekend and battled hard throughout the final to secure another second place finish. Hannah Greenemeier threw her hat in the mix in the Junior Max division, taking home a seventh place finish after solid driving all weekend. Vinicius Dias, driver for D Racing and Kart Mini, joined the RPG team for the weekend. He earned a top-20 finish after a tough battle in the Junior Max final. Young pilot Enzo Swan earned a seventh place finish in the Micro Max final, improving every session on track.

The RPG squad then travelled to the other side of the country for round one of the Rotax Challenge of the Americas. RPG stole the show in the Senior Max category, taking the win on both days. On Saturday, Kellen Ritter secured the win after a hard fought 25-lap race. Matthew Taskinen, making his Senior debut, earned the top spot on Sunday by remaining consistent throughout the race and taking the spot in a last-lap battle. Teammate Jacob Gulick also made his Senior debut, leading the final laps in Sunday’s main event and earning two top-five finishes over the weekend. Parker McKean and Blaine Rocha posted top-10 finishes in the main events, battling with the top competitors in the field. The Junior Max drivers dominated their category as well. There was no shortage of girl power on the track, as Hannah Greenemeier and Alexis Apodaca battled at the front of the field all weekend. Greenemeier brought home two third place finishes after leading most of the final on Sunday. Apodaca drove hard in every session on track, earning a fourth place finish in Sunday’s final. RPG welcomed new team members Cash and Branyon Tiner for the Challenge of the Americas series. They showed consistency and speed throughout the event, both finishing in the top-10 in the Junior Max division.  Billy Cleavelin secured the win both days in Masters Max, sweeping the field in every session on Sunday. Mini Max driver Josh Pierson ran consistently in second place throughout the weekend, earning two podium appearances in the category. Pierson also piloted his LO206 kart in the Junior division, taking home the win on Sunday. Micro Max driver Graham Trammell drove to a third and fourth place finish in the event finals, making his second appearance on the national circuit.

The next stop for RPG is the second round of the Florida Winter Tour Rok Cup on February 10-12th in West Palm Beach, FL. The team will be simultaneously competing at the SuperKarts USA (SKUSA) California Pro-Kart season opener in Buttonwillow, CA.  Later in the month, the team will run round two of the Florida Winter Tour Rotax Challenge in West Palm Beach, FL, followed by round two of the Rotax Challenge of the Americas in Phoenix, AZ.  If you are interested in joining the team for these events or any others, contact Mike Rolison at 503-260-4514.