NEWBERG, OREGON (September 17, 2012) – To better each and every driver is the mission of the Rolison Performance Group, a rising professional kart race team based out of Oregon. Success early on in the season, a number of testing sessions and hours of detailed preparation have put the team and its drivers moving up the time charts and at the front of the field each and every weekend. Riding off two national championships at the United States Rotax Max Challenge Grand Nationals in August, RPG drivers earned another six titles to the 2012 record books with the completion of the Northwest Gold Cup series. Led by Mike Rolison, the RPG operation continues to find the right path toward success, no matter the goal on and off the track. 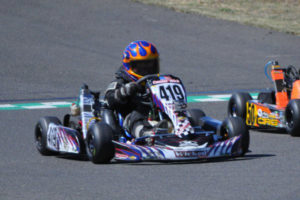 In total, Rolison Performance Group drivers walked away with six championships on the Northwest Gold Cup Series season. Jake Preston used consistency at the front of the competitive Junior Max division to score the class championship. Preston recorded three straight top-five finishes over the final two events and lock up the title. Kyle Wick, a rookie in the Junior Max category this season, ended the season with three top-10 results, earning the vice-champion position to put Rolison Performance Group 1-2 in the final standings. Shifter class driver Kory Estell won the championship in his category. Estell won three of the six events on the calendar, including the final two rounds to secure the title. Connor Wick won the opening four rounds in the Micro Max division, finishing the year with fourth and third place performances to earn the class championship. Adding three of his own titles to the RPG total is Sting Ray Robb. The Idaho driver worked with the team during the season, producing the high point total in Mini Max, Junior 1 Briggs Lite and Heavy, including three victories at the season finale with Rolison Performance Group.

The team traveled to the Greg Moore Raceway in Chilliwack, British Columbia on August 17-18 for the fifth round of the series. Kyle Byers led the team in Senior Max with a runner-up in day one, followed by victory on day two. RPG drivers ran inside the top-10 all weekend in one of the largest categories in the country, with Max Mulkey doubling up in sixth place and Hailey Groff in 10th both days. Kory Estell added a win as well in the shifterkart class. Each of the three RPG drivers in Junior Max scored a top-five finish. Jake Preston ran second on Saturday, skipping out on Sunday’s events where Kyle Wick and McKay Snow ran fourth and fifth. The Morgan brothers – Mason and Matthew – recorded best results of third and fourth respectively. 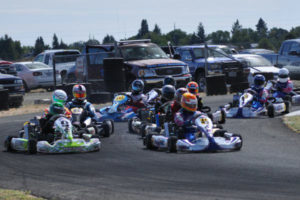 The final round of the Northwest Gold Cup series took them to Spokane Kart Club in Washington on September 1-2 with a total of six victories among three drivers. Kory Estell wrapped up his shifterkart class championship with his third victory of the season, thanks to the assistance of the RPG operation. Luke Selliken returned trackside with RPG and swept the Junior Max category on the weekend, including fast lap in both main events. Preston ran to his two top-five finishes in the same category. Sting Ray Robb won in his three categories, wrapping up

Attention now turns to the upcoming Rotax Pan American Challenge at The Track in Centennial, Colorado on September 20-23, where drivers from the USA and outside the United States are invited to compete at for tickets to the Rotax Grand Finals. Rolison Performance Group currently has spots open for Arrive-and-Drive opportunities for all seven categories competing, including the same Kosmic chassis and RPG Rotax engine that Joey Wimsett guided to the DD2 national title. Any driver wishing to compete in the DD2 or DD2 Masters categories looking to earn the ticket Portugal later this year are encouraged to take up this exceptional opportunity. To learn more about the Rolison Performance Group, visit www.rolisonperformancegroup.com for more about their services and products available or find them at www.facebook.com/RolisonPerformanceGroup