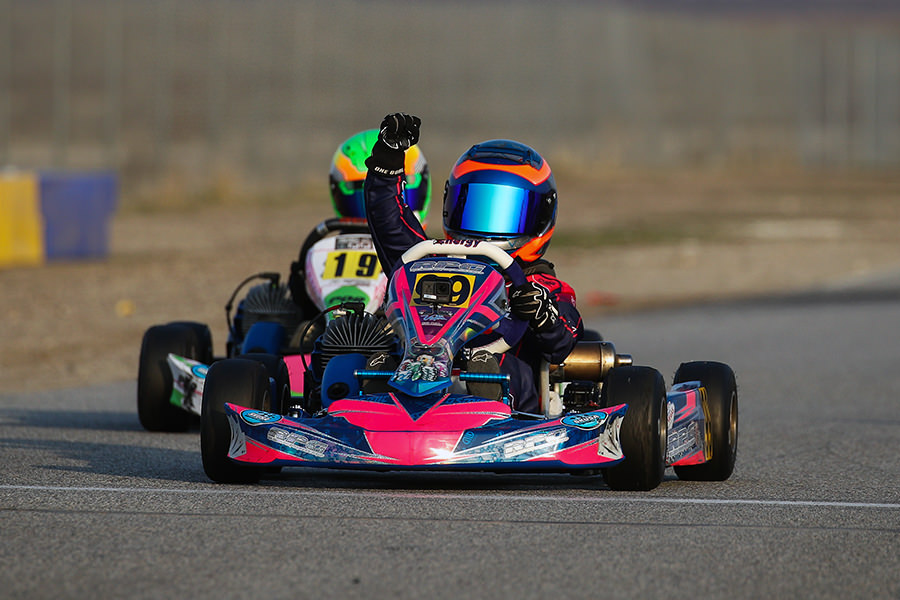 The Rolison Performance Group is coming off a busy three week stretch, taking the professional race team from the west coast to the east coast in back-to-back events. The Oregon-based operation set up camp outside Los Angeles for the opening event of the California ProKart Challenge before heading back to Florida to complete the inaugural Superkarts! USA Winter Series program. The drivers stepped up with victories and podiums both weekends, making great strides as the 2018 season gets underway.

The Buttonwillow Raceway Park was site of the opening event for the SKUSA California ProKart Challenge program on February 2-3. Rolison Performance Group spent the weekend prior to the event hosting driver training sessions with many of the team drivers. The time spent working with the drivers showed with the results produced in the opening round of the California PKC championship chase. Graham Trammell and Billy Cleavelin each took home first series victories. Trammell was the lone Micro Swift driver under the RPG tent, and has continued to develop on and off the track, recording a best finish of eighth in last year’s series. Trammell opened up the race second in qualifying and from there finished at the front. Graham won both heat races and came away reaching the checkered flag first for the victory. Cleavelin, a veteran and now two-time Team USA driver at the Rotax Grand Finals, made the move over to the Stock Honda category. An issue in qualifying put Billy at the tail of the S4 Super Master field to begin the heat races. He worked himself into the top-five, and turned up the wick in the Final. Cleavelin was able to take the lead and go on to win in his class debut. 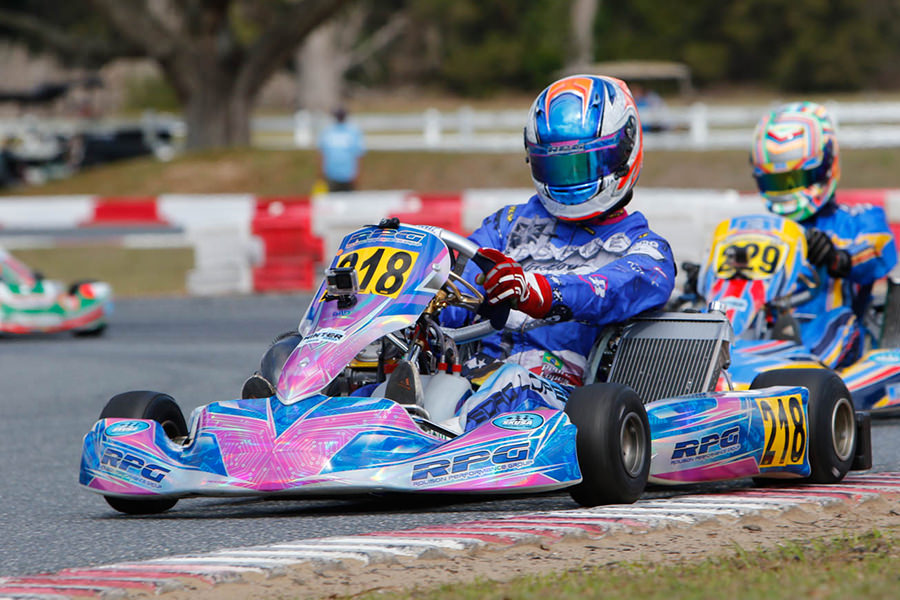 X30 Master driver Tim Meyer gave Rolison Performance Group another podium finish on the weekend in Buttonwillow. Meyer qualified sixth and worked his way forward, reaching the third position by the end of the checkered flag in the competitive category. Five drivers carried the RPG colors in X30 Senior. Former SKUSA Pro Tour Junior champion Luke Selliken recorded the best result, climbing from 13th to fifth in the main event. Canadian Sam Lupien was inside the top-10 all day, placing one spot behind Selliken. Senior rookie Hannah Greenemeier completed her debut with a top-10 result. Jacob Gulick (12th) and Senior rookie Alexis Apodaca (29th) rounded out the RPG driver roster. Josh Pierson made his Junior debut on the weekend, showing top-10 speed in qualifying and the opening heat. After getting shuffled back in Heat #2, Pierson fought back strong to end up 12th.

“The California ProKart Challenge is a great regional program we can take drivers to and measure ourselves up against some of the best,” stated RPG owner Mike Rolison. “Trammell has continued to put in the hard work and his performance at Buttonwillow showed the progress we have made in just one year. Cleavelin is a stud, and its exciting for him to take on the challenge of racing a shifterkart. Overall, the weekend was a big success with our drivers making progress each and every weekend we are together.”

The Rolison Performance Group jumped on a plane, returning back to Florida for the finale weekend of the SKUSA Winter Series at the Ocala Gran Prix facility. RPG landed on the podium in three classes with three different drivers, all during Saturday’s action. Victor Jimenez backed up his double win performance in January with a runner-up in the S4 Super Master Stock Honda division, earning the vice-champion spot in the standings. Brazilian Pedro Lopes continued his Stock Honda development, running inside the top-five all weekend in S2 Semi-Pro. Lopes recorded the fast time in qualifying on Saturday en route to a third place performance. He followed it up with fourth place on Sunday. Jacob Gulick had a phenomenal drive in the X30 Senior category. Starting 17th, Gulick worked his way forward to end up on the podium in third. He backed it up with an eighth place finish to lead the RPG squad in the category. 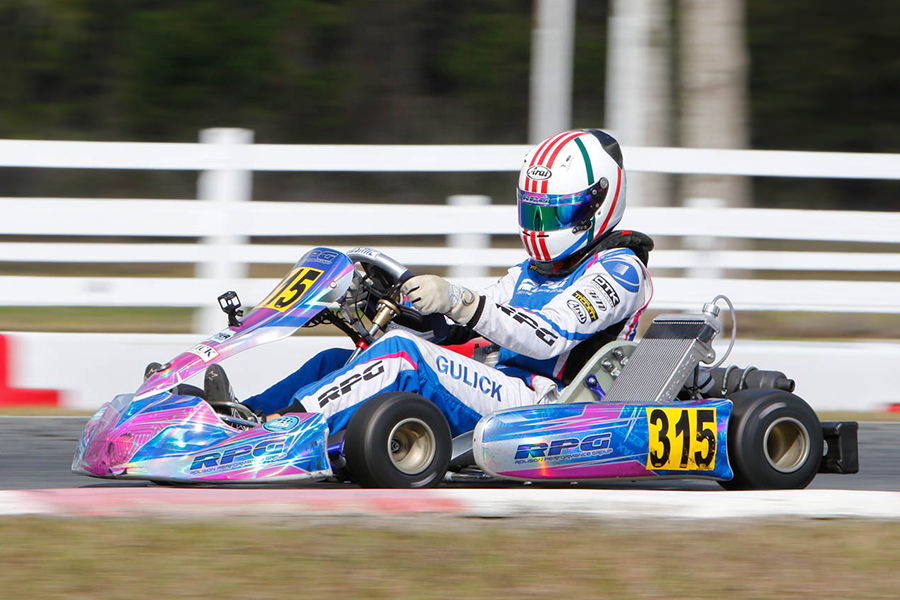 Greenemeier and Lupien joined Gulick in the stacked X30 Senior field. Hannah advanced her way forward on Saturday, up from 13th to seventh for her best result of the series. She started Sunday inside the top-10, dropping back to 17th. Lupien made the back-to-back weekends as well, placing ninth on Saturday and tenth Sunday for three straight top-10 finishes at the series. Pierson and Luke Lange filled out the X30 Junior RPG roster. Josh had a best finish of 16th and Lange 26th, however, both drivers showed great improvement throughout the weekend. Branyon Tiner was the lone RPG driver in Mini Swift. ‘Biggs’ had the speed to compete for podium positions, however, issues in each Final brought on results of 15th and 28th.

“The start to the 2018 season shows RPG knows shifterkart racing,” added Rolison. “With Victor and Pedro here in Florida and Cleavelin in California the weekend before, it shows that our operation is a full service race team. From Cadet to Master, single speed to shifterkarts, we can develop and work with any level of driver. I’m happy with the first year of the SKUSA Winter Series and I look forward to growing our team even more next year when we return to Florida in 2019.”

Rolison Performance Group is setting up for another run of events during the month of March. The team is preparing for the upcoming Superkarts! USA Pro Tour WinterNationals at the NOLA Motorsports Park in New Orleans on March 2-4. At the end of the month, it is back to California for the second stop of the ProKart Challenge, set for the ultra-fast Streets of Willow course on March 30-31.