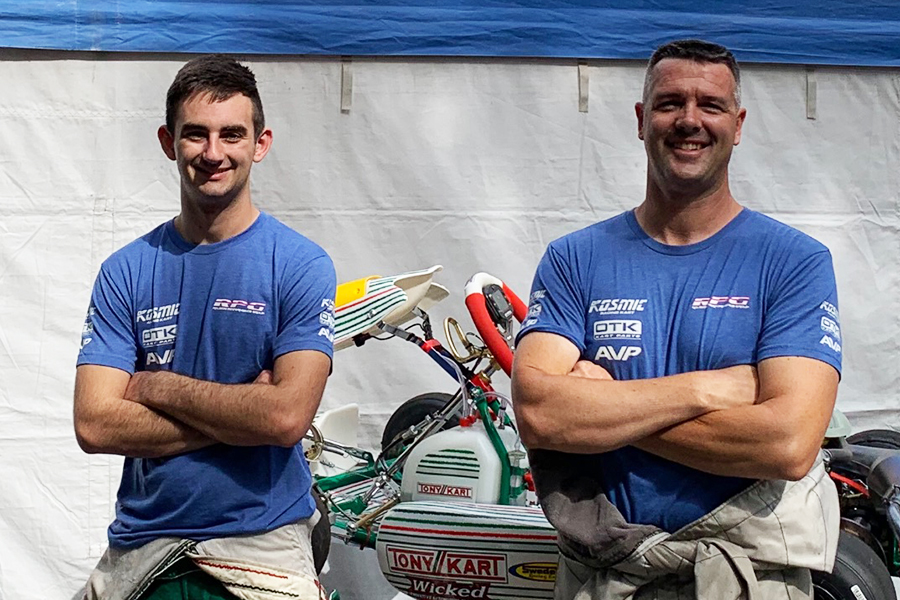 Fresh off securing his first Superkarts! USA Pro Tour championship, Auburn, WA’s Kyle Wick is returning ‘home’. Rolison Performance Group is excited to announce that it will be organizing a homecoming party for the 2019 SKUSA Pro Shifter champion, who they will welcome back under their tent for the remainder of 2019 and beyond. Under the RPG banner, Wick is set to be the lead shifterkart driver aboard a new 2019 Tony Kart chassis.

“It is great to have the Wick family back with us,” commented RPG owner Mike Rolison. “They have been part of RPG for a long time and they always will be. The Wicks love racing and have a deep passion for karting. Outside of that, the entire family are simply great people, always there to step in to help and a joy to sit around the dinner table every night after a long day at the track. I’m just thrilled to have a chance to work with Kyle again.”

Wick began his journey into regional and national competition with the Rolison Performance Group in 2011. Up until the end of 2018, Wick was racing and competing under the RPG tent, where he earned the runner-up position in the SKUSA Pro Tour S2 division in 2017 and the same position in the standings during his rookie campaign in S1 in 2018. Kyle won three main events during his 12 starts with RPG in those two years on the SKUSA Pro Tour.

“Kyle has blossomed into a phenomenal driver over the years,” Rolison continued. “He puts in a lot of effort on and off the track to become a better driver, to understand the mechanics, and just flat out enjoys going fast. I can’t wait to see what the future holds for us at RPG with Wick back on-board.”

The homecoming for Wick as a Rolison Performance Group driver will happen immediately, as the team is set to compete at the International Kart Federation Sprint GrandNationals this coming weekend at the Pat’s Acres Racing Complex in Canby, Oregon. The SKUSA #1 plate holder is also set for his third start in the Pro Shifter category at the SKUSA SuperNationals 23 on November 20-24 outside the Rio All-Suite Hotel & Casino in Las Vegas. He’ll also participate in the upcoming ROK the Rio event in Las Vegas on the October 31-November 2 weekend.

“I am very excited to be back with Rolison Performance Group driving the Tony Kart shifter,” added Wick, the 2019 SKUSA Pro Tour Pro Shifter champion. “I am looking forward to helping grow the RPG shifter program.”

With the addition of Wick, Rolison Performance Group is expanding its operation moving forward, focusing on the Tony Kart brand for shifterkart competition while maintaining the Kosmic line for TaG divisions. The RPG race team is gearing up for the final stretch of the season, including the previously-mentioned IKF Sprint GrandNationals this weekend. A week later, RPG will be attending the Streets of Lancaster Grand Prix in southern California for the two-day street race festival. The focus then turns to Las Vegas, first with the ROK the RIO event on October 28-November 2 at the Rio All-Suite Hotel & Casino, followed by the SKUSA SuperNats 23 two weeks later.