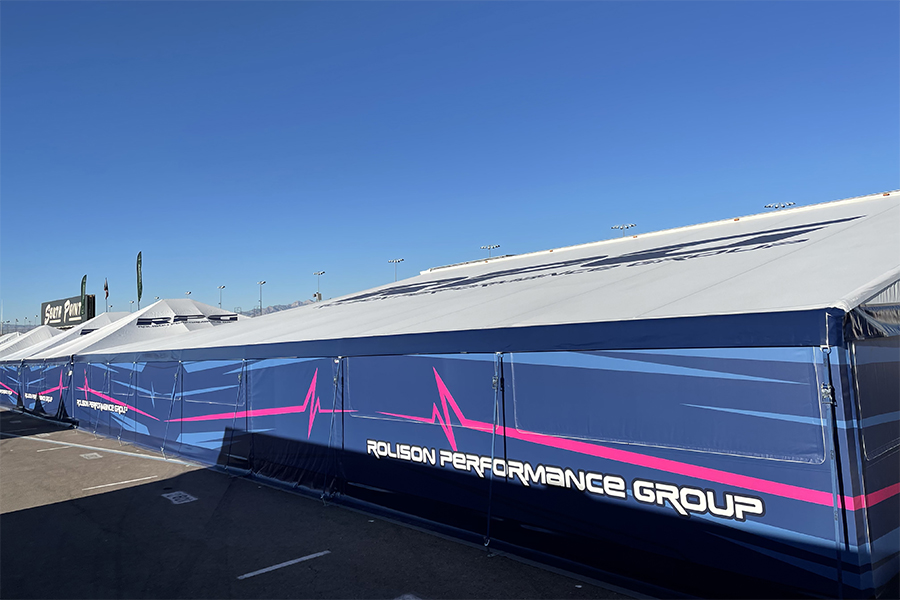 For the championship-winning Rolison Performance Group operation, a successful 2021 racing season will come to an end this week at the famed Superkarts! USA SuperNationals 24 event in Las Vegas, Nevada. The race is the largest sprint karting event in the country and takes place on December 1-5 on a temporary circuit located just outside the Las Vegas Motor Speedway. RPG will field a team of 30 talented drivers, all gunning for race wins and podiums. The team scored championships and race wins in both the SKUSA Pro Tour and United States Pro Kart Series programs this season and will be aiming to add more SuperNationals victories to its resume this coming weekend.

As a powerhouse in the Senior categories, supported by its in-house AVP engine program, Rolison Performance Group will run a total of eight drivers in the X30 Senior category in Las Vegas. This stacked line-up will be gunning to dominate the podium and will be led by four-time SKUSA Pro Tour champion and 2021 USPKS title winner Ryan Norberg, reigning Pro Tour champ Hannah Greenemeier, and ROK Vegas winner Nate Cicero. North Carolina’s Hayden Jones gelled immediately with the team, having joined with the squad for the USPKS finale in October, and he will have all the tools he needs to win. Canadian Jason Leung is back with RPG for another run at SuperNationals glory, and the remainder of the stacked X30 Senior squad include top Junior grad Paul Bocuse, Wes Duchak, and Florida’s Noah Harmon.

RPG will field a lone entry in the Pro Shifter class, with Austin Garrison carrying the flag into the 50+ kart battle. The Florida driver is a former SKUSA Pro Tour S2 Semi-Pro champion, placing runner-up at the SuperNationals in 2014.

SuperNationals legend and SKUSA Hall of Famer Bonnier Moulton, who has been a core part of RPG for many years, is back for his 24th straight start in the event. No other driver has participated in all 24 races. The three-time event winner will aim for victory #4 in the X30 Master class. Moulton will be joined in X30 Master by another legend in the sport, Pete Vetter from St. Louis, Missouri. Salvador Jauregui will also tackle the X30 Master class with RPG. Victor Jimenez will be in the RPG tent as well to compete in Master Shifter. 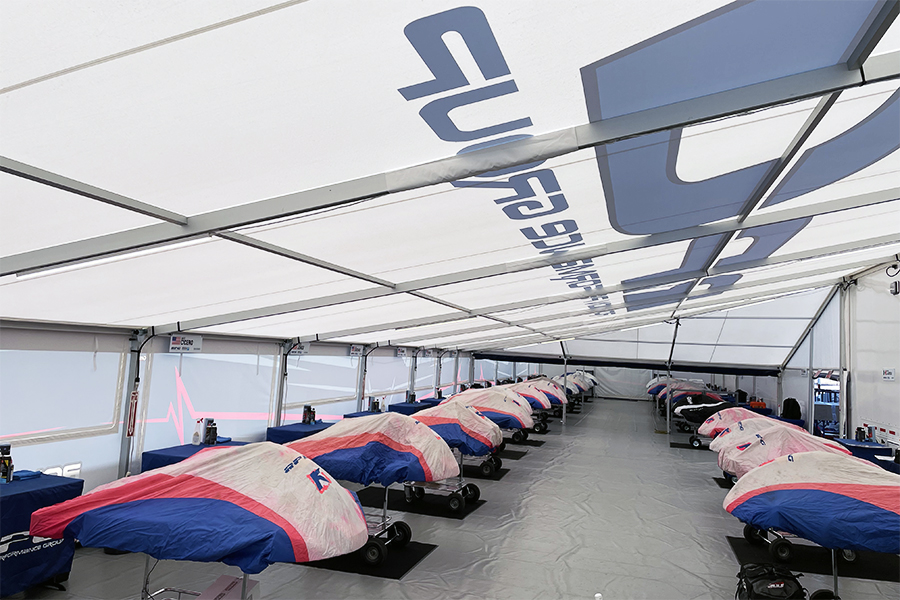 A total 30 OTK machines will battle outside the Las Vegas Motor Speedway for RPG at SuperNationals 24 (Photo: Rolison Performance Group)

Four drivers will suit up in the X30 Junior class, and two of them will be in double-duty action by competing in KA100 Junior as well. Chase Hand and Salim Hanna will run both classes for RPG at this year’s SuperNationals, while Caleb Gafrarar and Austin Lee will focus on just the X30 Junior program. Hand is enjoying a strong season and he’ll be focused on race wins in both categories. Chase had top-five finishes in both Junior categories at the ROK Vegas event. Gafrarar is back with the team after making his winning debut with the Rolison Performance Group at the USPKS finale at GoPro Motorplex in October. Caleb is coming off a podium at the ROK Vegas event, so he’ll arrive in Las Vegas with momentum and confidence. Georgia’s Emma Kate Scarborough and Virginia’s Hudson Schwartz will carry the RPG colors in KA100 as well, filling out the four-driver line-up for the category.

Jackson Gibson, Paulo Jauregui and Lillian Scarborough will take on the Micro Swift field in RPG Kosmics, while Maximo Jauregui will be the lone team driver in Mini Swift.

The on-track action gets underway on Wednesday and Thursday with practice. The first rounds of heat races will be run on Friday, with the second and third heats filling the Saturday schedule. Drivers not qualifying straight through the heat races will need to race their way into the SuperSunday main events through Saturday’s Last Chance Qualifiers. Live audio of both qualifying and all the heat races will be available through www.ekartingnews.com/live and the SuperSunday main events will featured a professional live video production that will be streamed live through Superkarts! USA’s Facebook page.